I am seriously obsessed with Oblivion. What's so amazing to me is how much I missed the first play through. Like, I've done the Mages Guild and the Thieves Guild before. But I don't think I did the Dark Brotherhood. What I really missed though are the little things. I never knew how soul gems worked! I didn't know you need specific creatures to fill certain gems. I also didn't know that you could use them to recharge your enchanted weapons, which is really useful. Especially out in the field or if you don't have much money. 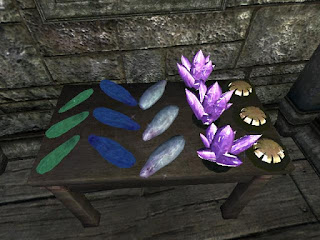 I also never figured out how to do the Speechcraft minigame either. I figured out that each character responds positively to 2 responses. Then, you want to hit the 2 that usually increases their disposition when the bar is at the highest and the 2 that makes them more unhappy when the bar is the lowest. It took me so long to figure that out. Holy shit! How did I miss that? 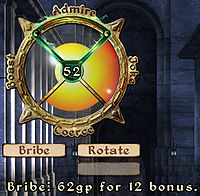 I also never realized how awesome Alchemy is. I like making potions and the fact that they have use blows my mind too. Putting silence or poison on your arrows makes them fucking ridiculous. It almost becomes unfair. I didn't know you could put things on your arrows either. 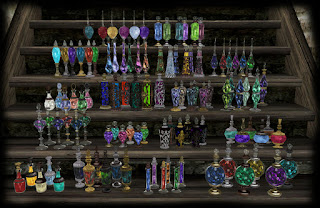 Maybe not this crazy. I'm still at Level 42.

My goal with this guy is literally to max every skill. Now I don't think I'll get that far, but Im thinking at least to get him good with everything. It's amazing how good you can be if you use every tool available to you. This same realization came to me when I played WoW. When I realized that I was getting killed because I was spamming one spell. The key is use everything the games gives you.

For example, I am an Acrobat. So my primary means of attack is Bow and Arrow. So, to start with, I've casted a Mysticism spell to detect life in the dungeon. I got there by picking the lock of the door before me. I then use a Illusion spell to make me invisible (though my sneak skill helps with that too). I poison my bow and arrow with a poison I made in Alchemy. I get into position and let the arrow fly. It hits him and he staggers back. 3x critical damage! And thanks to my sneak, he still doesn't see me, so I can continue hitting him with impunity. He finally sees me, so I start casting some destruction spells at him to further weaken him, (and save arrows). He hits me and I take damage. I turn to run while using my restoration spells to heal myself. I get out my cleverly titled "A Sword of Fire and Ice", which I have enchanted to make the NPC weak to fire and then do Fire and Ice damage to the enemy. I swing and it does massive damage. I realize the NPC is about to go down, so I cast Soul Trap on him and swing once again and take the enemy down. Soul Captured! Now I can recharge my bow and sword without having to leave the dungeon. I loot the body and find a sweet piece of loot, but I'm overburdened. No problem, I can use my Alteration spell Ease Burden.

So as you can see, this approach should drop an enemy with little difficulty. I'm only missing conjuration right now, but I could probably find a way to summon an enemy to help me haha. Just might get in the way of stealthing. Way easier than just trying to whack them to do death after being surprised in the middle of the dungeon. I am no longer scared of going into dungeons. With the cowl of the Grey Fox, I have life detection without casting anything, so that's pretty dope. 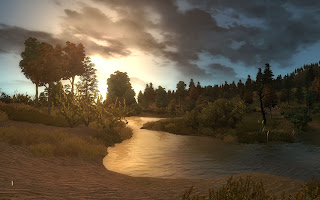 I'm having a lot of fun with it right now. Maybe that'll go away, but for now, I'm enthralled. Almost Evil Genius level of addicted. Who needs reasons when you've got Oblivion?
Though I have to say, the conversations seem really artifical.
Playlist: