I have found my two games. They are all I play.
Playlist:

I have not been really inspired to write lately. I am not even sure why. Well, here it goes. I have been a lot more video games than usual lately. I should really start picking up running again. This conflicts because I really want to gain some weight, although running increases apetite. Well, with the added time, I have started playing WoW again. Pathetic? I am not sure. All I know is that when played occosionally, WoW is a lot more fun. Just playing it can be very boring and can even lead to hatred. I don't know what to write. Is that last statement too informal?  Lul. Lol has now become an adjective. I actually described Pirates of the Caribean as "lol". It's interesting to me at least.
I have had two LAN's that I have not talked about. The Vets LAN was a great success. 8 people for most of it. Mike was a goof and left early. But, after that we played mostly either TF2 or Supcom. We played a remarkably small amount of WiC, which is wierd. I suspect that at Winter Wonder LAN it will be epically epic! The ThanksLANgiving was not as big. I had 4 people for most of it, since Daniel couldn't come. Nick, wanted to sleep, Tyler was visiting his mom in the hospital and I didn't invite TJ, for Logan was there, so TJ couldn't play the good game of SupCom. But, it was allright, with us clocking 9 hours of Supreme Commander Forged Alliance.

Well, now to move on to what normally appears here: Video game talk. I played BioShock all game. And all Thanksgiving Day. Good game. Twist was also good. Mr. Radon said it was a epic twist but not untill he explianed all of his reasoning did I see his point. I have been playing Crysis, but its frustratingly difficult. The excellent phyisics sometimes betray you, like you punch something random and you die. What gives? Anyway, Rock Band, or Cock Band as Cory calls it, is also freaking awesome.The joy of having four friends all together playing in front a screen is
something unmatched up to this point. And now, the margins expanding.
This is really wierd. Length of the post? I'm not sure.
What was I talking about? O Cock band. Ya, its fun.
I am thinking of applying for the internship at PC Gamer.
Unfortunatly, I am a little too far away and busy to do it, but I am thinking of
saying I am planning to go to CAL, and to just read this blog. I doubt they will.
No one reads this.

Best things to ever do in it:
In case you can't tell, I love Crysis. You could even say I <3 Crysis. Yet, I have only played Single Player. I am also playing TF2 alot as well. I played Rock band today and its pretty sweet as well.
Playlist:

Konami says no console is dominating

Konami sees this next generation consoles war a lot more balanced than the previous one, where PS2 practically killed the competition with its staggering success. Still, to say that no console is dominating…hello! Anyone remember the Nintendo Wii?-[Thats why you get a computer]

I joined Digg, and its really neat. I particularly enjoy that I can put what I "digg" onto the side bar of this blog. Also, I blog things that I find of interest. It cool.

Reviewers Not Sure If Assassin's Creed Is Good

[Some give it around a 7 and some give it a low to mid 9, so who’s telling the truth and actually played through the entire game?]Ed's note- I'm still excited

I had my LAN yesterady/today. Ill talk about that later maybe. But I want this keyboard:
http://www.saitek.com/uk/prod/cykeyv2.htm.
When it comes out, I'm gonna buy it. Its 1337.

My xbox 360 just red ringed. I mean, I have heard it happening to other people, but never expected it to happen to me. This happened to me before, when I was using this cooler. So, from past experience, just unplugged the power cord, and plugged it back in. Guess what? It turned on. I didn't test it, removing the game, then turning if off. If this happens again, I am going to Best Buy for my warranty.

I am not sure if this qualifies as video games, but I am putting it here.
Opera is the alternate to Firefox, IE7. I am personally a fan. It's ridiculously fast and is very secure. Also, no one uses it, so there are no viruses yet.
Posted by cwew at 8:04 PM No comments:

Here are Pictuers and Specs of my computer: 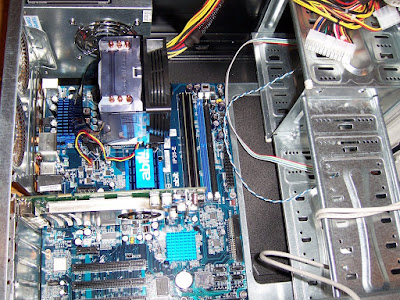 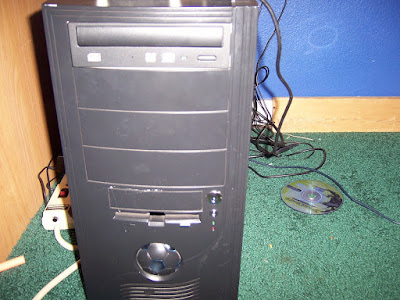 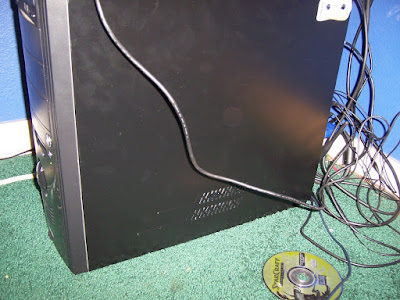 
My favorite thing about my computer has been Crysis demo. Least favorite is my heatsink falling off.

So I am sorry I have not updated my new computer status yet, but I have
been too busy playing it. I might post pictures soon. But here is what
i think about it. It is awesome everything works very well together
and vista runs very smoothly. I installed the crysis demo but have not
had a chance to play it. I also downloaded age of empires three, all
expansions. I have not played them yet. I am having a guitar hero
three party today, which will not go long. Guitar is three is very
hard game. I cant even beat it on hard. I'll post specs and pictures of
my computer later.
Playlist