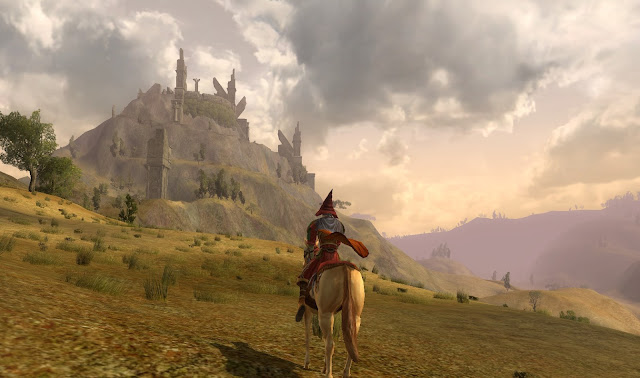 That's Weathertop, the place where Frodo is stabbed in the Fellowship of the Ring. That's kinda cool.
Playlist: 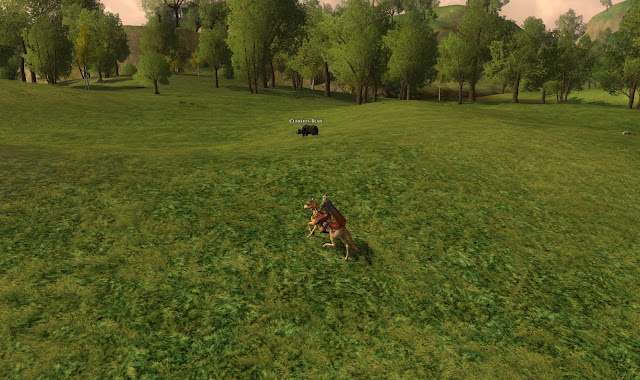 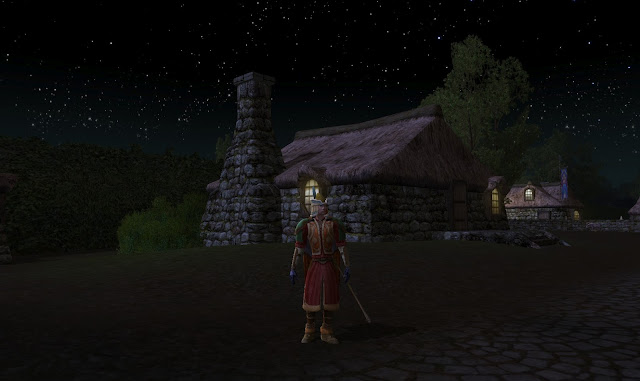 These Are The Kinds of People I Want to Play With

People who have attitudes like this make me have hope for humanity. This is why I started playing Lotro

I found this so funny and amazing.

Actually, a lot of fun. With Lord of the Rings Online. After I figured out the UI and the gameplay, it became a lot more fun. 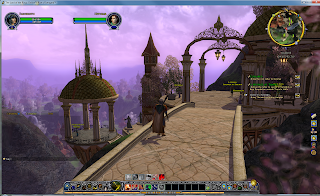 Why do I like it? Well, I've got a couple reasons. One, it's just different than WoW. I've played WoW for a long time and it's nice to finally do and see something different. I still love WoW, but I'm really desiring to see some new stuff.

I really like the single player story so far. I'm playing an Elf and the introduction story is actually pretty immersive. The story centers on a growing conflict/rift between the Elves and the Dwarfs and their clashes with Goblins and the Dourhand family. What I like is that during the introduction missions, they take you into instanced versions of the quest. Meaning you feel like you're actually progressing, and you feel like the quest you are on is important. In WoW, a lot of the times you wouldn't know if you're on a quest other than if it is your quest log. Lotro really puts you into the middle of the action and you feel as though you are apart of the world.

I like the community. Since Lotro isn't the most popular game out there, the number of people who are drawn to play it "because it's an MMO" is less. It also doesn't draw the crowd who would like it because it's popular. It tends to attract people who are either Tolkien nerds or nerds who like MMOs. I feel like even if people who play it can be considered "casual", they aren't the people who would say "fuck it, I'm leaving" after 1 wipe in a dungeon. WoW players have become increasingly impatient and rude and the community feeling of the servers have died. Lotro is the opposite. When I speak in General chat, there's a genuine feeling that the answers I get are because people are helpful. I even saw someone criticize someone else for making fun of someone trying to use "Looking for Group" channel.